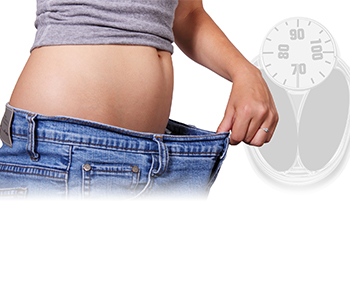 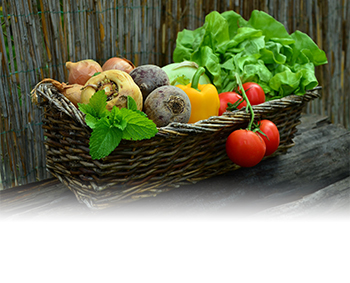 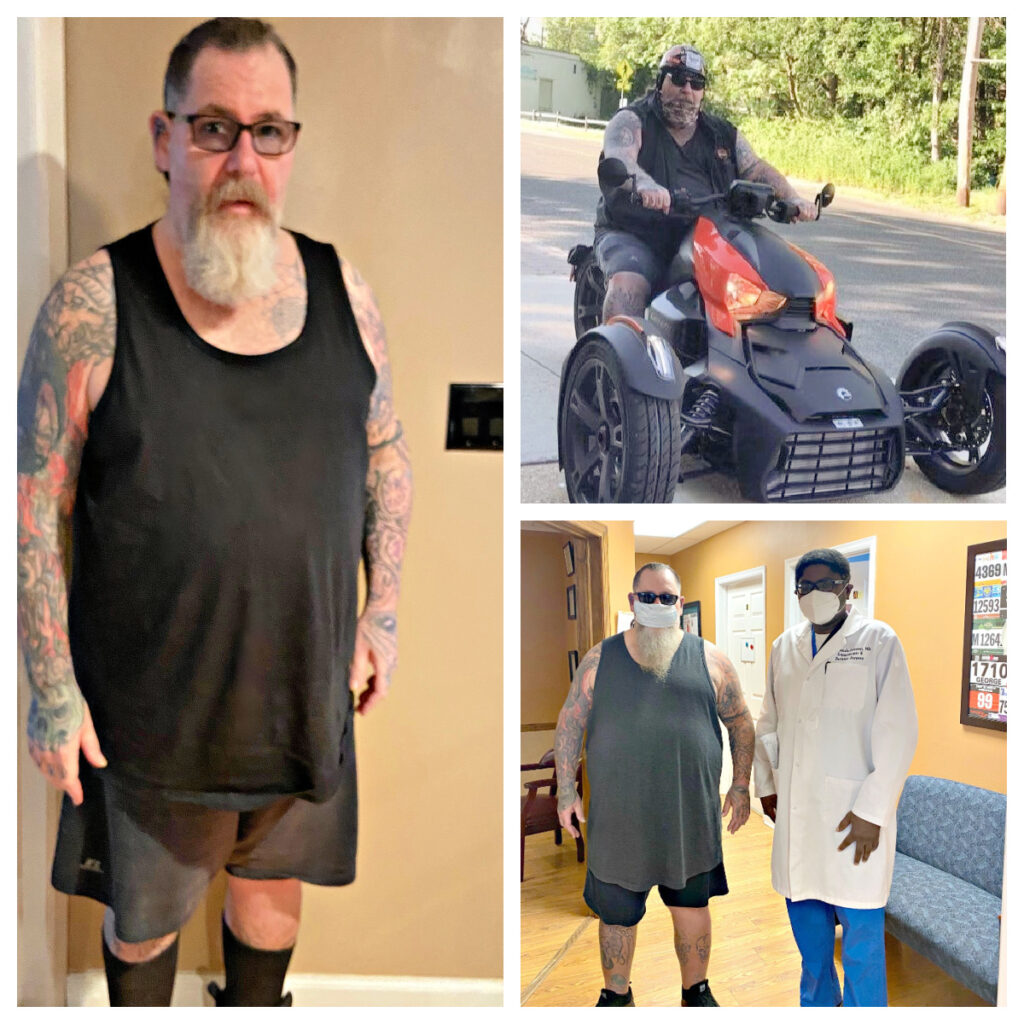 Doug Grandon is a busy man—the 57-year-old Monmouth County resident works full-time as an equipment operator for a Shore town and also owns Taboo Tattoos in downtown Keyport. Married with grown children, Doug has a great life, except for some health issues, which were exacerbated by his weight, creeping up around 400 pounds last year.

“Since my 20s, I’ve been taking medication for type 2 diabetes and high blood pressure,” Doug explains. “Now that I’m getting close to my 60’s, I knew my weight was going to start causing additional issues with my health.

Doug also felt the pain at work, climbing in and out of the backhoe he drove regularly. But even at six feet tall, carrying more than 200 extra pounds was more than tiring.

“Doug has always had health issues stemming from his weight, and like most of us, he added a few more pounds every year,” Diane says. “I was thrilled he decided to get his health back on track.

Doug talked about his health and weight challenges with his primary care physician, Dr. Lisa Golding-Granado in Hazlet, who suggested weight loss surgery and recommended he consult with Dr. Ayotunde Adeyeri, with offices in Holmdel and Old Bridge.

Both Doug and Diane immediately connected with Dr. Adeyeri from the start—

“Dr. Adeyeri makes you feel excited about changing your life and your health.

“He spends as much time as you need answering questions and explaining what happens next, so you feel less stress.”

In June 2020, Doug had gastric bypass bariatric surgery, with his wife Diane fully supporting his efforts.

Doug’s post-op strategy was simple, and he was highly motivated—he followed the post-op nutritional and exercise guidelines set by Dr. Adeyeri, bariatric dietitian Lori Skurbe, and his bariatric administrative team.

“This group clearly knows what they are doing, so I made my life simple and followed the program—I eat protein first at my meals, drink protein shakes daily and eat one or two protein bars in between.”

After Doug’s weight loss surpassed 50 pounds, he started riding his recumbent bicycle and continues to ride 5-10 miles several times a week. His job is also physically demanding, giving his metabolism a boost during the workday.

Just nine months after his gastric bypass, Doug has dropped an eye-popping 134 pounds, plummeting from nearly 400 pounds to 260 pounds.

“I’m not done losing yet,” Doug says with a smile.

His goal is to get under 200 pounds and then assess how he looks and feels.

Click here to meet more of the men and women who have chosen Sterling Surgicare to help them the war against weight. 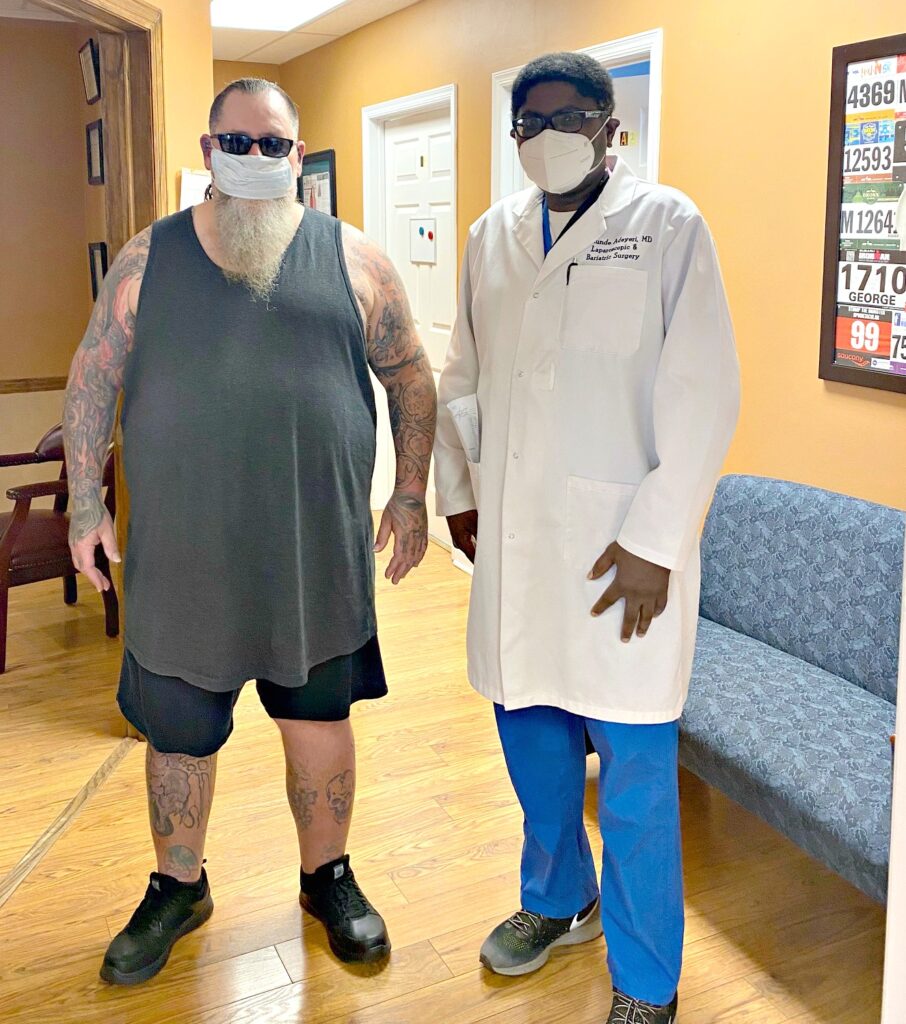 “Doug is a very smart guy, who wanted to lose the weight as quickly and safely as possible,” Dr. Adeyeri says. “He trusted our guidance, followed the program and he’s dropped over 130 pounds already.”

A new study published in the Endocrine Society’s Journal of Clinical Endocrinology & Metabolism found that more than 50% of adults with type 2 diabetes had long-term remission following gastric bypass surgery.

Add Doug Grandon to that list—his diabetes is in remission for the first time in more than 30 years. Dr. Golding-Granado also took him off prescription medication for hypertension as well, now that his blood pressure falls in the normal range since his weight loss.

Nutrition-wise, Doug eats about a third of the volume of food he used to and the foods he chooses are mostly clean protein, fresh fruits and vegetables. “If this is what I have to eat to get the weight off, bring it in,” he says.

Of course, he does enjoy a burger now and then but eats only a portion of it and keeps the rest for another meal.

Why bariatric surgery was the right obesity treatment for Doug

The Jersey Shore native’s new lifestyle is easier than when he was overweight. “My program guidelines are easy to follow and I’m not trying to figure out what to eat all the time. Food isn’t such a big focus in my life anymore.”

Today, Doug’s size 4X clothing has been replaced by 2X clothing (which is quickly becoming too large).

“Take it from someone who has been through it—if you are truly ready to take charge of your weight, gastric bypass is a great option, but it takes work. You have to be strong and stay the course. If you do, just about every aspect of your life is going to be better.” 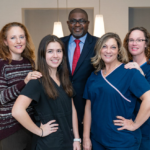 To learn more about how gastric bypass and the gastric sleeve can help overcome your weight-related chronic health conditions, improve your overall health and extend your longevity, call our friendly team of bariatric experts at (732) 217-3897. We’ll help confirm your insurance, if applicable, and set up an in-person or telehealth consultation with our board-certified and fellowship-trained bariatric surgeon, Dr. Ayotunde Adeyeri.